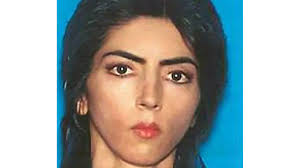 Employees at Youtube’s Headquarters in San Bruno, California fled the building in terror on Tuesday, April 3rd, 2018, when gunshots were fired. The shooter was 39 year old Nasim Najafi Aghdam. Aghdam was found dead at the scene from a self-inflicted gunshot wound after injuring three other people. The victims were transported to nearby hospitals, two of the victims have been discharged but one still … END_OF_DOCUMENT_TOKEN_TO_BE_REPLACED

Our first edition of Toilet Talk is out today! Our staff has been working hard to develop this for months and we are so excited to finally be sharing it with you! Toilet Talks are located in all UHS bathrooms and over drinking fountains throughout the school.
The 2018 Des Moines Women’s March took place on January 20th. Check out our site to find out how Urbandale students got involved and why they were marching!
We went to @fongspizza this week!!
Read about your favorite art teachers on our newly designed website and don’t forget to check back weekly for updates on the U!
Confused about the 2018 bond referendum everyone has been talking about? We learned what it all means straight from our UCSD superintendent and heard the student voice through the passionate opinions of senior, Isabel Daza.
Take “A Breath of Fresh Coffee” and check out our website to learn about one of Des Moines’ newest coffee shops, Horizon Line Coffee.